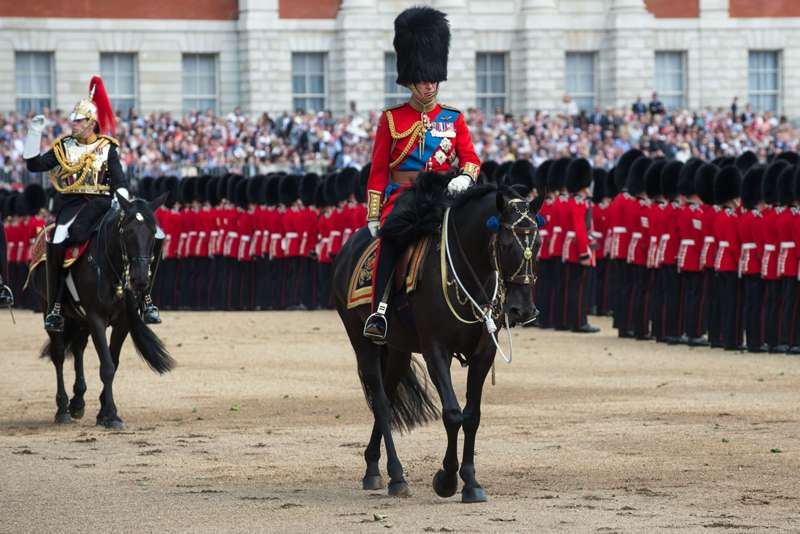 Exclusive amazing tickets for NZ Society front row in BLOCK A4 facing the colour! The event is sold out for the general public! Limited £22.50 tickets available, includes souvenir ticket and supports the NZ Society

Taking part will be up to 1450 soldiers of the Household Division and The King's Troop Royal Horse Artillery, along with up to 400 musicians from the Massed Bands, all of whom will parade on Horse Guards for the second of two formal Reviews.

The soldiers will be inspected by His Royal Highness The Prince of Wales, Colonel Welsh Guards.

WHAT TO WEAR This is a formal military parade and those attending are encouraged to look smart.

Lounge suit or jacket, tie and trousers; equivalent for ladies (no denim, shorts or sandals).

NON COMPLIANCE WITH THE DRESS CODE WILL RESULT IN REFUSAL OF ENTRY.

Hats are optional but are recommended for paying the necessary compliments to His Royal Highness The Prince of Wales and the Colours as they pass, as well as giving the necessary protection from the sun. Umbrellas/parasols are not permitted to avoid obstructing views.

Please also consider bringing a coat as the Stands are not covered and the weather can change during the course of the Parade.