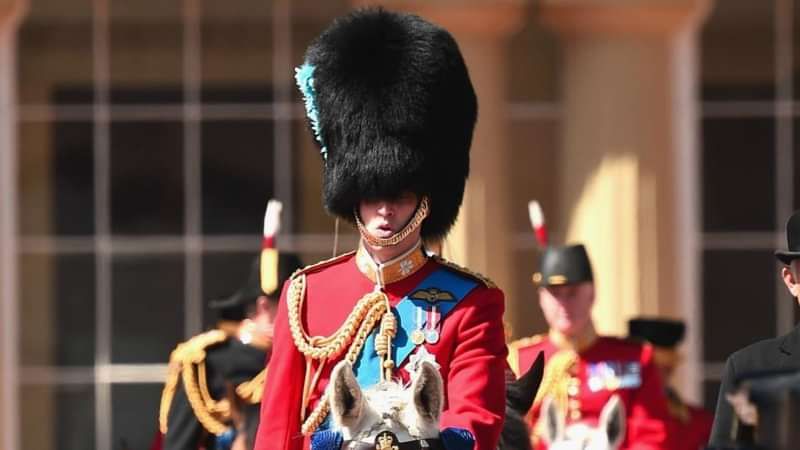 Trooping the Colour reviewed by HRH The Duke of Cambridge

Trooping the Colour "The Colonel's Review". Reviewed by HRH Prince William, The Duke of Cambridge.

The New Zealand Society has some special tickets left, which include a paper ticket as a souvenir. We have a whole row booked and afterwards we plan to have drinks (at own cost). Join us this Platinum Jubilee for a very special Colonel's Review

Taking part will be up to 1450 soldiers of the Household Division and The King's Troop Royal Horse Artillery, along with up to 400 musicians from the Massed Bands, all of whom will parade on Horse Guards for the second of two formal Reviews.

The soldiers will be inspected by His Royal Highness The Duke of Cambridge, Colonel Irish Guards.

For NZ Society members only. Membership will be checked